On July 2, 2018, the Society for Public Health Education (SOPHE) lost one of its greatest leaders and champions, James P. Lovegren.  As SOPHE’s tireless and unpaid executive director from 1972 to 1995, James worked with Jay Holland and presidents Scott Simonds (1970), Clarence Pearson (1988), and Howard Ennes (1957), helping our organization through its darkest hours and setting the stage for its later dramatic growth in membership and national and global reach.

Born in Aitkin, Minnesota, on August 10, 1932, James completed his military service and earned a nursing degree and an MPH in health education from the University of Minnesota. Described by his family as full of adventure, he moved to San Francisco in 1959, and he embraced a larger-than-life world. His nephew, Paul Lovegren, reports that as a youth, trips to Uncle Jim’s were “better than Disneyland.”

A renaissance man, James was an aficionado of fine wine, antique collecting, and San Francisco’s opera and symphony, where he volunteered for decades. Known as “Lovey” by many in his community, Jim also worked with his long-time partner, Dan Bennett, restoring a beautiful old Victorian house where they lived for many years.

James’ volunteer service also extended to the frightening new AIDS epidemic. In the 1980s, the gay communities in San Francisco and New York were the center of the storm, losing hundreds and then thousands to the epidemic. James combined his nursing, health education, and compassion to volunteer with Coming Home Hospice. Over the years, he gave more than 20,000 hours of service, continuing until shortly before his death.

In his professional life, James worked for many years at the Western Consortium for Public Health and was active as a health educator and administrator on both the local (Northern California SOPHE chapter) and national (SOPHE) levels. He arranged for the national SOPHE office to move from New York City to San Francisco, where he secured space at the Western Consortium. He volunteered as SOPHE’s Executive Director for 23 years, helping rebuild its financial base by increasing membership, journal subscriptions, and attendance at SOPHE’s mid-year and annual meetings. His devoted friend, Paul Mico (President, 1989), reports, “Jim practically carried SOPHE on his back in those early years.” And Elaine Auld, his successor, and SOPHE’s current Chief Executive Officer said, “Jim Lovegren and Jay Holland were the glue in our Northern California office for more than two decades. Warmly referred to as part of SOPHE’s ‘Kitchen Cabinet,’ they provided the foundation for where we are today.” Other emeritus members fondly remember Jim as caring, compassionate, witty, exuberant, visionary, and courageous. Above all, they talked about Jim’s unparalleled generosity and commitment to friends and family causes he believed in, and organizations he loved. On a par only with the San Francisco Symphony and Coming Home Hospice, no organization was closer to Jim’s heart than his beloved SOPHE.

We close with long-time SOPHE member and health education leader, Kate Lorig, who shares a poignant story of James; a story of courage, knowing what matters, and how to get things done. In the early 1980s, I co-chaired one of the first SOPHE mid-year meetings. It was the beginning of the AIDS epidemic. The Centers for Disease Control and Prevention (CDC) offered to send someone to speak (on the subject). Some of the planning committee members were unsure that this was a topic appropriate for a SOPHE meeting, and I wasn’t happy. But Jim pulled me aside and told me, “Just invite the CDC person but don’t put anything in the program.” He said we’d announce a special session, outside of regular hours, once the meeting started. We did, and the room was packed. This is how SOPHE first heard about HIV/AIDS. It seems strange now, but we sometimes forget history and what it was like then. Jim knew his way around SOPHE and what was important. SOPHE’s subsequent critical role in educating health educators and the public about HIV/AIDS included offering one of the first training programs on this deeply feared and misunderstood condition—one of many critical actions that have roots in the work of James Lovegren. We are a better, stronger organization thanks to James, whose name may be carved on SOPHE’s new Legacy Wall, with pictures and other mementos. Echoing SOPHE President (1982) Ed Roccella, “We have lost a champion, but we will not forget James’ passion, his tireless efforts, or his kindness.” 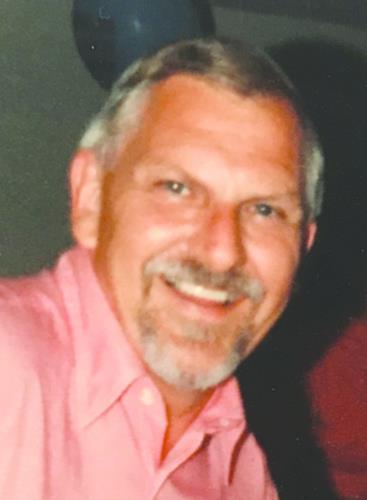