After serving in the United States Marine Corp (1961-65), I fulfilled my ambition to become the 1st person in the history of my family on both my mothers’ and fathers’ side to become a college graduate.

As the oldest of 7 children of a low-income family born and raised in inner-city Baltimore (1943-55), I was significantly influenced by my mother and the Catholic Church to appreciate the plight of other people.

I received a BS in Community Health Education with a minor in Biology (1969) with Honors from Morgan State College (HBC) in Baltimore. This preparation and academic performance provided the foundation for my acceptance and completion of my MS (1970) and PhD (1972) in Health Education with concentrations in Educational and Social Psychology and Survey and Evaluation Research Methods at the U. of Illinois. In 1970 I became a student member of the Illinois SOPHE Chapter. When I completed the PhD and joined the Faculty at Ohio State U. as a tenure earning Assistant Professor, I joined SOPHE as a member. Although I have been a member of several national Public Health and Behavioral Science professional organizations, SOPHE has always been my primary home.

It is not possible to select one career highlight. I put my major accomplishments worthy of highlighting as a succession of sentinel events. My mentors, peers and experts in a discipline have independently nominated and judged my performance to be meritorious. The following are among the most cherished:

4) What motivated you to donate to SOPHE?

SOPHE has defined my core professional foundation for 50 years.

5) What advice would you give new professionals just entering the health education field?

Regardless of setting, concurrently work on growing your technical and practical skill set. 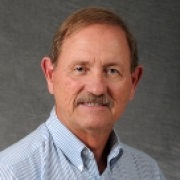